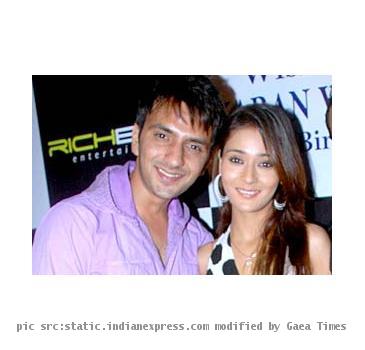 MUMBAI, INDIA (GaeaTimes.com)- After days of speculations, television stars Sara Khan and Ali Merchant tied the knot at the “Bigg Boss” house on Wednesday night. Over the last few days, the set of the Colors reality show was transformed into a wedding venue with preparations going on in full swing for the D-Day. The episode featuring the wedding ceremony of the couple would be aired on the show tonight and the regular viewers of the show are waiting with bated breaths to catch a glimpse of the gala event. However, as “Bigg Boss” fans eagerly await the grand Nikaah which would be televised on Thursday night, speculations about the authenticity of the wedding continues to linger.

According to the family members of Sara Khan, the actress and Ali Merchant are already a married couple as they have tied the knot about a year ago in front of their family members and close friends but they have been asked to be tight-lipped about the matter. Sara Khan’s mother has reportedly told a leading news source that the Nikaah in which the couple got married happened a year ago on exactly the same date, November 10, 2009. So, the day on which they exchanged vows in the “Bigg Boss” house is technically their first wedding anniversary.

Nevertheless, the buzz surrounding Sara Khan and Ali Merchant’s wedding is all the more as rumor has it that the couple has been paid Rs. 25 lakh each for tying the knot on the reality show. The speculations have been fueled as contestant Rahul Bhatt, who was eliminated from the “Bigg Boss’ house recently, has also emphasized that the entire wedding nothing but a publicity gimmick.