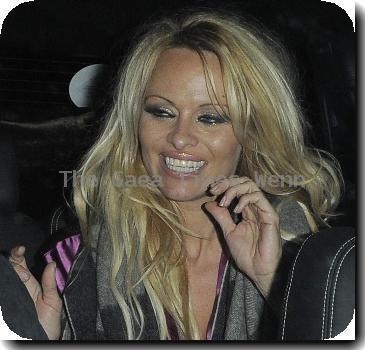 MUMBAI, INDIA (GaeaTimes.com)- Season 4 of “Bigg Boss” is surely the most happening of all the other seasons in the past years. On Thursday it saw Hollywood celebrity Pamela Anderson groove to the tune of the Bollywood number “Dhak Dhak Karne Laga”, adding a complete spice up to the reality show. She is the first Westerner ever to appear in “Bigg Boss“.

Pamela Anderson who entered the show on Wednesday has come to stay with the house inmates of “Bigg Boss” as a guest. She has been offered a private room of her own. Draped in an amazing white saree, her entry in “Bigg Boss 4″ , wishing the house inmates “namaste” had completely enticed the audience along with the contestants as well. The first day of her stay in the house did not offer many activities from the “Baywatch ” star’s side but the next day she enthralled the house inmates with her dancing on the hit Bollywood tune of “Dhak Dhak Karne Laga”. The performance has surely raised the “dhak dhak” in the hearts of the male inmates of the house. For her performance she was guided by captain Shweta Tiwari, with the rest of the female house mates leading her.

She had started her day by enjoying the ‘parathas’ which were specially made for the foreigner guest. Pamela Anderson who is known to be quite a prim and proper person later on cleaned utensils and went even to the extent of sweeping the floor with a broom. It seems likely that the celebrity loves to drape herself in sarongs, something which she sported throughout the day in “Bigg Boss 4″. With this celebrity in the “Bigg Boss” house, it is now a complete no no to miss out the show.