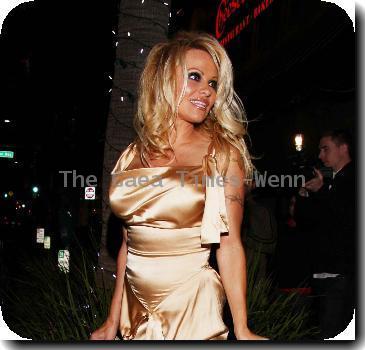 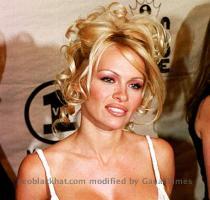 MUMBAI, INDIA (GaeaTimes.com)- The ‘Bigg Boss‘ house just got hotter. Bikini babe and Hollywood bombshell Pamela Anderson was seen entering the house on the Wednesday episode of the reality show. Her entry was not hidden from the media but many found it hard to believe till the diva herself appeared on screen. With Claudia Ciesla being too hot to handle for the housemates and the Indian audience in an earlier season, Pamela Anderson’s entry into the controversy prone house makes it evident that things are going to get sexier and crazier this season.

The actress who has starred in a number of Hollywood films and shot to fame with her show ‘Baywatch’, made some interesting revelations about herself and her decision to get into the Bigg Boss house. She said that she was not a big fan of the reality shows and was not aware much of Indian cinema. The buzz is that even some of the other Bollywood stars are excited about the entry of the iconic Playboy model. Bollywood star Ritesh Deshmukh tweeted his excitement about the entry of Pamela Anderson into the Bigg Boss house and urged his fans to give their opinions.

Soon after entering the house, Pamela Anderson was shown around the house and got comfortable with all the housemates. She was taught how to move Bollywood style by the newly wedded Sara. She also enjoyed the ghee soaked paranthas for breakfast that was cooked Seema Parihar. Pamela Anderson quickly adjusted herself to the rules of the house and was seen sweeping the floor in a lovely sarong. Though keeping the house ‘clean’ might be one of her objectives, the same cannot be said of the mind of the audience and the guys in the Bigg Boss house.