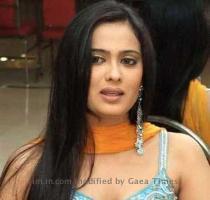 MUMBAI, (GaeaTimes.com)- A few years ago, the alleged physical assault of Raja Chaudhary on Dolly Bindra, was not hidden from the media. Back at that time, Shweta Tiwari, who was Raja Choudhary’s wife, supported her husband and ruled out the allegation. It seems That Shweta Tiwari has to pay a price for it in Bigg Boss’ house, at Dolly Bindra made her wild card entry with an air of vengeance.

Yesterday it took the most bitter turn, when the two started up with a heated fight, that involved vulgar verbal exchange between the two. The other home mates have noticed that ever since Dolly Bindra came on the show, she has been targeting Shweta Tiwari. She accused her to be an incompetent captain of the kitchen department, who failed to provide food on time, apart from being partial about it. As she took up the matter to the house captain Manoj Tiwari, and complained about Raja Chaudhary’s ex-wife, he decided to call for a meeting, to dismiss Shweta Tiwari as the kitchen captain and appoint a new one as her replacement. During the consensus, which was going on quite peacefully, Dolly commented on Shweta and said that she sleeps around for work, thereby attempting to malign their reputation in the national television. This infuriated Shweta Tiwari, who hit her back with verbal abuse and further character assassination. This continued for quite sometime, offending all other house-mates.