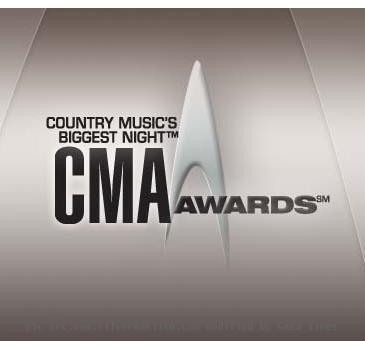 NASHVILLE (GaeaTimes.com)- Brad Paisley and Carrie Underwood returned as co-hosts in Country Music Awards at Nashville’s Bridgestone Arena. The star studded award ceremony saw host of celebrities who have contributed their best in the Country Music industry. The hosts and also the performers kept the viewers riveted to their seats with non-stop performances and also it was a dream come true for some celebrities who won their much coveted CMA Awards 2010.

CMA Awards 2010 saw the country music starlet Miranda Lambert nabbing three awards like the Best Female Vocalist, Best Album for “Revolution” and also Best Music Video for “The House That Built Me”. It must have been one of the most exciting nights of the singer as she was nominated in nine categories. While receiving the award, Miranda Lambert said that “Revolution” has truly brought revolution in her life and the she thanked everyone for their love and support. The “Whiskey Lullaby” singer and host of the show, Brad Paisley received award for “Entertainer of the Year” for his marvelous compositions and commendable performances. Lady Antebellum grabbed award for the Best Vocal Group and the Best Single “Need You Now” which received accolades of appreciation from the listeners.

The 44th annual CMA Awards 2010 saw Brad Paisley and Carrie Underwood presiding over the three hour telecast, parodying fellow nominees and also pop culture of the country. The show was also marked by wonderful performances where Miranda Lambert and Sheryl Crow paid tribute to country music singing sensation Loretta Lynn. Reba McEntire and Gwyneth Paltrow made their country music debut with Beyonce’s song “If I Were A Boy”. Taylor Swift performed “Back to December” from her newly released album “Speak Now”. Zac Brown Band managed to nab the award for the Best New Artist and Blake Shelton was awarded the Best Male Vocalist.

NASHVILLE (GaeaTimes.com)- The much anticipated CMA Awards 2010 held some big surprises for ...
Copyright© 2010 The Gaea Times