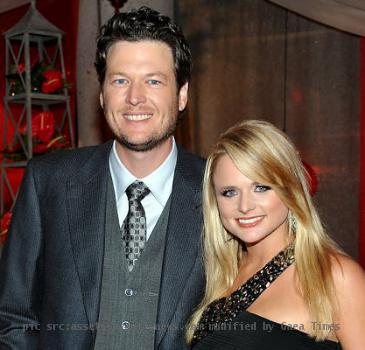 Miranda Lambert was crowned the Best Female Vocalist of the Year and she shared emotional embrace with her fiance Blake Shelton each time she was called on stage. When the country Music legend Loretta Lynn handed her the award, Miranda Lambert became emotional and said that the woman who “paved” way for all females in country music is standing beside her on her auspicious day. She also added that she wants to make a platform for other women in the country music industry. Miranda Lambert also received award for the Best Music Video “House That Built Me” and also for the Best Album “Revolution”.

Miranda Lambert said that “Revolution” has truly caused “revolution” in her life and it is what she lives for. She thanked all her audience and listeners for loving her effort and her album. Media outlets are of the opinion that her platinum album “Revolution” received most nominations for a woman in the 44 year of Country Music Awards history. Miranda Lambert, before the event told a reputed media source that she aims to make the country music history. She said that he is having a great evening because she had the most nominations out of any female ever. The three hour star studded ceremony was aired on ABC-TV and the audience loved and enjoyed each performance.