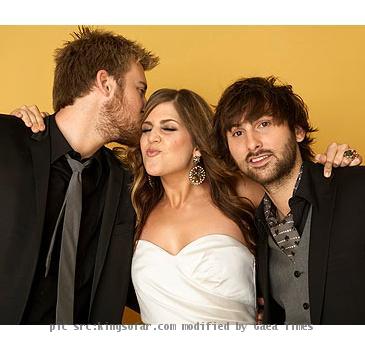 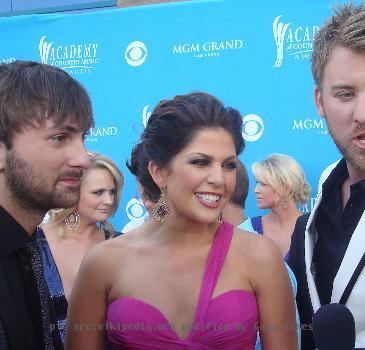 NASHVILLE (GaeaTimes.com)- The much anticipated CMA Awards 2010 held some big surprises for the country music fans not only in terms of the awards but also the stellar performances and jokes by the hosts. Miranda Lambert and Lady Antebellum were two of the most nominated acts of the night and between the two of them there were as many as 14 nominations. Miranda Lambert stole the show with three of the prestigious awards and Lady Antebellum had the second highest tally with 2 awards.

After receiving their first award of the night Dave Haywood, the multi-instrumentalist of the band thanked his father who accompanied him to the awards. Fellow band member, Charles Kelley thanked his brother who made him move to Nashville six years ago. Lady Antebellum also performed their hit ‘Hello World’ at the awards and the web has been abuzz since then with the lyrics and details of the song.

Lady Antebellum won the Single of the Year awards for their smash hit ‘Need You Know’. Later in the night they raised their tally to two with the ‘Vocal Group of the Year Award’. Charles Kelly exclaimed that this had been the most incredible years of their lives. He also thanked County radio for the support.

Lady Antebellum consists of Charles Kelley, a former Columbia county resident who moved to Nashville later and joined the group, Dave Hayward who also shares similar origins and Nashville native Hillary Scott. The group has been one of the most talked about in the country music scene for its string of hit albums over the last two years. Last year they bagged the best single award as well for their song ‘Run To You’.

ON BOARD AIR INDIA ONE - President Pratibha Devisingh Patil, who left on nine day state visit to W...
Copyright© 2010 The Gaea Times