Prince Royce Performs At The Grammy 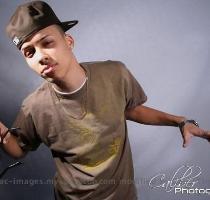 LAS VEGAS, (GaeaTimes.com)- Not too many people can be as lucky Prince Royce. With a dream debut in 2010 and hitting the number 1 Billboard Tropical Album, to get nominated for the Latin Grammy nomination, was not all that his luck could offer him. He will soon launch his first International Tour very soon. However, the latest bit of thrill that came to the 21 year old Bachata singer, was his performance at the Latin Grammy with Ben E. King.

Prince Royce sang the Bachata version of the cult song. “Stand By Me” with Ben E. King, who is the original singer of this song, making it one of the ravishing hits of the 1960s. This time, he supported Prince Royce, to make a Bachata version out of it. The two sang this song together at the award ceremony. Critics say, that this performance would increase his popularity a lot more and help in selling his upcoming second album, which was recorded a couple of weeks ago with Ben. E King, for the Top Stop Music at New York. The cover version of the song produced by Sergio George, will be available for purchase on iTunes. Ben E. King constantly supported this new singer saying that he could do it faster while he was performing. After the performance, Prince Royce said that it was great to introduce this genre to the Americans, who love Spanish, although most of them do not understand the language.

Prince Royce was thrilled for his first nomination in the first year of his celebrity-hood. second single, “Corazn Sin Cara”, also reached the number 1 position on the Latin Tropical Airplay chart. On September 8, 2010, it was announced that his debut album would be nominated for the “Best Contemporary Tropical Album” category in the Latin Grammy Award of this year.