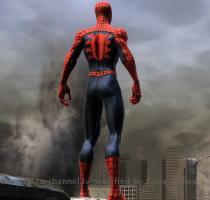 NEW YORK (GaeaTimes.com)- The much-anticipated Broadway musical “Spider-Man: Turn Off the Dark” had its first preview performance on Sunday evening to the utter delight of theater-goers who had been eagerly waiting for the musical for years now. The preview performance that was held at the Foxwoods Theatre in New York witnessed the presence of around two thousand audiences who graced the event to catch a glimpse of what is considered to be one of the most awaited musicals in the history of Broadway.

Sources inside the Foxwoods Theatre have revealed that the venue was abuzz with phone-calls from anxious viewers throughout Sunday who wanted to make sure that the show had not been canceled due to some reason or the other. The anxiousness of the viewers was quite understandable given the fact that “Spider-Man: Turn Off the Dark” was scheduled to hold its first preview performance about two weeks ago but due to intermittent glitches, the preview had to be canceled in more occasions than one. With performers being injured to be a huge array of technical and musical problems led to the delay in the preview performance. However, on Sunday evening, New Yorkers got the opportunity to watch the Broadway musical made with a staggering budget of $65 million.

The hype surrounding “Spider-Man: Turn Off the Dark” was all the more with its score has been written by U2’s Bono and The Edge while Tony award winner Julie Taymor assumed the directing responsibilities. Insiders at the Foxwoods Theatre divulged to media outlets that much before the Broadway musical was scheduled to kick off, enthusiastic theater-goers swamped the venue waiting in the long queue for hours.