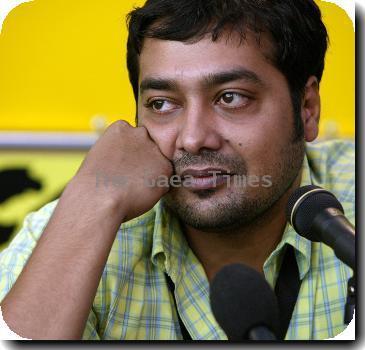 MUMBAI, INDIA (GaeaTimes.com)- Ace director Anurag Kashyap who is known for making much-acclaimed off-beat movies has been hogging headlines after industry sources have revealed that the filmmaker is all set to make the most expensive flick of his career. According to reports, the latest venture of the noted director has been tentatively titled “Gangs of Wasseypur” and it is gearing up to go on the floors early next month. Although intrinsic details about the forthcoming venture continues to remain quite sketchy, it has been reported that the flick would star actors such as Manoj Bajpai and Raima Sen.

Apart from Anurag Kashyap, the upcoming movie would be produced by Sunil Bohra as well as Studio 18 while the total budget of the project is likely to be something around Rs. 45 crore, insiders have divulged. While talking about his forthcoming venture, the “Dev D” director stated that the flick is a ’stylised action plot’ which is basically a revenge drama that spreads over almost thirty years. At the same time, the renowned director is also quite upbeat about the prospect of working with Manoj Bajpai once again after Ram Gopal Varma’s ‘Satya’ in which Anurag Kashyap had penned down the script.

Despite the fact that the forthcoming flick does not boost of A-list stars from Bollywood, director Anurag Kashyap has emphasized that the dearth of the star power would surely not be an obstacle in the success of the flick, as it involves a bunch of highly talented actors. Moreover, the director added that it is going to be a musical with a number of tracks which would be shot in a highly stylized manner.

I don't want to repeat my roles: Ronit Roy

NEW DELHI - She may be one of the most eligible single women in tinsel town, but getting married fig...

I'm 16! Have a long way to go: Ananya Chatterjee (Interview)

KOLKATA - She jokes that she is 16! But Bengali actress Ananya Chatterjee is dead serious when she s...

NEW DELHI - They leave the comfort of their homes to pursue their dreams in showbiz in the entertain...

PANAJI - Jammu and Kashmir Chief Minister Omar Abdullah is repeating history by taking a leaf out of...
Copyright© 2010 The Gaea Times