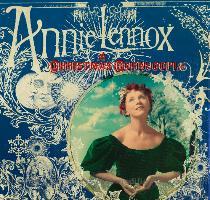 LOS ANGELES (GaeaTimes.com)- Iconic British singer Annie Lennox has released her latest album named ‘Christmas Cornucopia’ this Tuesday. Though the album was slated to release net week on November 22, the record company re-scheduled the release to November 16. The album features 12 songs, most of which are the icon’s interpretation of her favorite Christmas carols. The album also features the new song by the star called ‘Universal Child’. Annie Lennox has revealed that the proceeds from the album will go towards the Annie Lennox Foundation that funds projects encouraging the education and development of women and children with HIV/AIDS in Africa.

Universal Music Group (UMG), with whom Annie Lennox signed for a long-term worldwide recording agreement, was also all praises for the icon. Lucian Grainge, Co-CEO of UMG said that Annie Lennox was among the precious few artists in this era who redefined the boundaries of pop music. He added that his company was delighted to be a part of the next chapter in her already famous career. The reviews of the album are already out on various music and many have said that in spite of being a Christmas themed album, the album is unique and is a must have for all the music lovers.

LONDON - Brit-Indian Shrien Dewani, whose wife was killed during their honeymoon trip in South Afric...

CAPE TOWN - Cape Town Police have arrested a second suspect in connection with the weekend death of...

LONDON - The Indian-origin bride, who was murdered in South Africa after the car she and her husband...