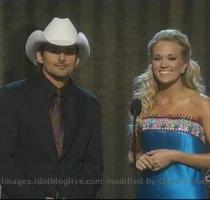 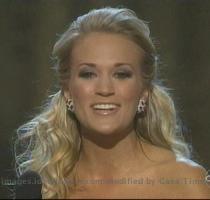 NASHVILLE (GaeaTimes.com)- On November 10, country music celebrated it biggest night of the year with the CMA Awards 2010. Hosted by country music stars Brad Paisley and Carrie Underwood, the night was marked by some stellar performances by artists of all generations. From Reba McEntire to Lady Antebellum, the night held some big surprises for the fans. Brad Paisley and Carrie Underwood who hosted the show together for the third time also made some hilarious digs at the artists.

Among some of the anticipated performance there was one by Gwyneth Paltrow who sang ‘Country Song’ alongside Vince Gill. Brad Paisley joked before the ‘Shallow Hal’ star walked on stage and asked whether he can get two tickets to the next Coldplay concert. The fun did not stop there, Brad Paisley even went on to confuse Lady Antebellum with Lady Gaga. There were also some funny references to the ‘Bad Romance’ star throughout the night. The night, however, belonged to Miranda Lambert. Bagging three awards from her 9 nominations at the CMA Awards 2010, the country music sensation also gave a high-energy performance of ‘Thats The Way The World Goes ‘Round’ and also got together with icons Sheryl Crow and Loretta Lynn for some lines of ‘Coal Miner’s Daughter’.

Lady Antebellum bagged the second highest number of awards for the night and the three band members were completely overwhelmed. Charles Kelley called it the biggest night of their lives and during the emotional acceptance speech his fellow band member thanked his brother for making him move to Nashville six years ago. Brad Paisley himself won the highly coveted ‘Entertainer of the Year’ in the CMA Awards 2010 and also gave an emotionally charged speech towards the end.