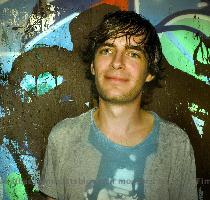 LOS ANGELES, (GaeaTimes.com)- Girl Talk aka Gregg Gillis, loves giving free musical treat to his fans. And probably, that is the reason, why he has permitted the free download of his new album “All Day”. His last album, ‘Feed The Animals’ was introduced with a pay-what-you-please experiment. However, this album will be available for free from his own label, Illegal Art.

Girl Talk was quite surprised with the overwhelming reaction of his fans as soon as the album was released. He said in an interview that after a hard days work with the album yesterday, he went off to sleep by switching off his cell phone. As soon as he woke up at around 3:00 PM, he saw that the internet was erupted with “Girl Talk” every where. He even posted the link in his Facebook profile, which invited a lot of comments that inspired and motivated the singer. It was least expected, that within such a short period of time, “All Day” would create such a rave in the internet, with everyone trying to download the album. A lot of problems were seen in the website as too many people were trying to access it at the same time. Although not every one who accessed the site was able to download the song, it has been assured that it would be possible in a short while.

This new album consists of twelve tracks like, “That’s Right”, “Oh No 02″, “Jump on Stage”, “Let It Out”, “Jump on Stage”, “Steady Shock”, “On and On”,”This Is the Remix”, “Down for the Count”, “Make Me Wanna”, “Get It Get It”, “Triple Double” and “Every Day”. “All Day” by Girl Talk will be available in two MP3 formats with high-quality FLAC version. Free download is definitely going to make this album more popular according to the music critics.

ISLAMABAD - The Pakistan government will increase the size of the pictorial health warning on cigare...

Dress up this funny girl for funny day....

Sally is very much excited as she is promoted from high school to the university to do her graduatio...

dressup the cute girl for a rainy day...
Copyright© 2010 The Gaea Times