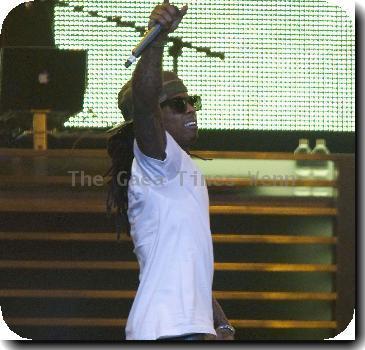 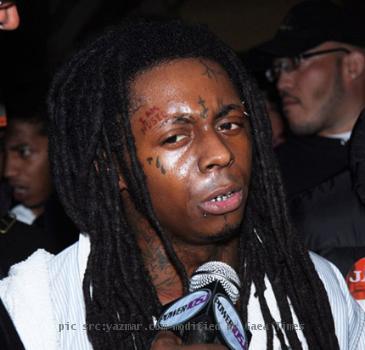 MIAMI (GaeaTimes.com)- Just after two days of his release the “Young Money” owner Lil Wayne had a blast in Miami, the media outlets report. However, after the party, Lil Wayne a.k.a Weezy is presently back to the studio to compose and release his next venture. The fans of the rapper are already anticipating to know who Lil Wayne will be collaborating this time.

Cool of the Miami-based production duo Cool & Dre said that he would want hard rap from Weezy and wants him to speak. However, he also added that the beat of his song will ask him what to do with his song. Cool’s partner Dre said that he is sure that “I Am Not A Human Being” singer has got so many inspirations that he would present his fans “hard-core” beats. He added that the listeners should not be surprised if he releases 50 songs together! Cool and Dre said that in October they shut their studio down and said that the month is “Wayne Welcome Home”. The duo said that Lil Wayne is going to find a “major” catalog waiting for him.

Floridian T-Pain also said that Weezy’s album is the first thing that his fans are waiting. “Cash Money” affiliate DJ Khalad did not divulge Lil Wayne’s future plans and said that he wants to celebrate the release of “Tha Carter” singer. He added that all the music “stuff” would be done after Lil Wayne’s party is done. Nicki Minaj also expressed her happiness after Lil Wayne’s release from jail. The singer wrote in the homepage of her social networking site that the “Young Money” team went through a tough time without their leader but the camp carried on without Lil Wayne. She stated that after Lil Wayne’s return, their team is “stronger than ever”.

On highway through the heart of Katrina country, signs of progress, and of a patchy recovery

Signs of a mixed recovery along hurricane highwayNEW ORLEANS — A mother of four feels trapped in t...

Wayne Vows To Watch What He Says

Incarcerated rapper LIL WAYNE has promised to clean up his act and take more responsibility as a rol...

Rapper LIL WAYNE has launched a website from behind bars so he can keep in contact with his fans. ...

Rapper LIL WAYNE has thanked his fans for their unwavering support as he prepares to serve time in p...

American rapper Lil' Wayne is again in news . The headlines related to Lil' Wayne suggest that the p...
Copyright© 2010 The Gaea Times