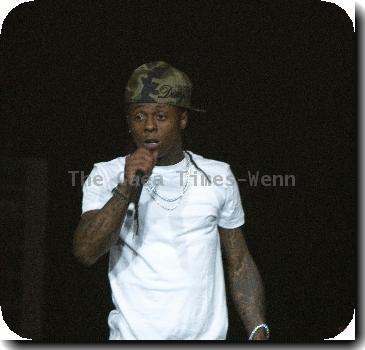 LAS VEGAS, (GaeaTimes.com)- Not even a week has passed since Lil Wayne has been released from an eight month sentence, and he seems to be back with his own self. The rapper recently has been getting too high on his adrenalin, with his over night party at a strip club with champagne and many more excitement to celebrate his freedom. But this was not enough. If reports are to be believed Lil Wayne punched Drake in a concert in Las Vegas. The allegation has been outwardly denied by the rapper though.

Reports say that Lil Wayne had punched his mentor Drake on his face this weekend at the final stop of the Light Dreams and Nightmare Tour in Las Vegas. Many people have speculated that the apparent cause of his violence was his anger for Drake, who did not give him enough attention while he was serving his terms in jail. Some sources say that ever since Lil Wayne was released, there have been growing tensions between the two and it just blew up on Saturday night. While they were performing at the concert, the apparent coldness between the two was visible. Lil Wayne did not speak a word with Drake in the back stage. After sometime, he reportedly punched him on his face and the guards had to settle the matter and escort Lil Wayne out of the property. Later in that night, Lil Wayne decided to meet Drake, but the guards did not allow him to do so.

Although the rumors say that Lil Wayne had punched Drake, Drake himself begs to differ. He clarified through Tweeter that Lil Wayne had actually punched him arms as he saw a VW beetle pass by. He also denied any kind of violence between the two. The representative of Lil Wayne said that there were no disruption during or after the party.