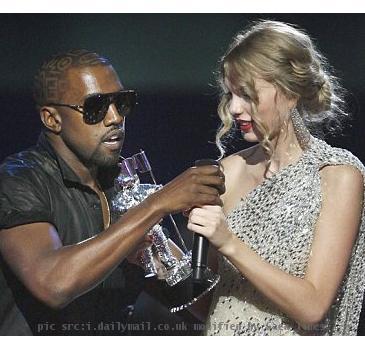 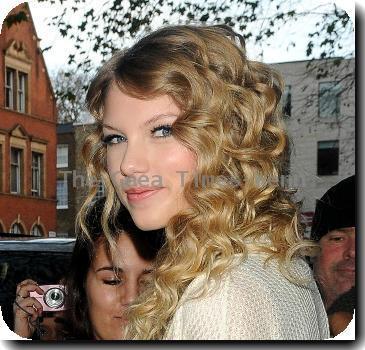 LOS ANGELES (GaeaTimes.com)- Last year at the Video Music Award function Kanye West and Taylor Swift made headlines when the former infamously interrupted the latter’s acceptance speech for Best Female Video and had snatched the microphone away from the “Mine” singer. It seems that Kanye West is engrossed in self realization these days and the American rapper apologized to Taylor Swift publicly in his own social networking site. Kanye West wrote that he has written a song for Taylor Swift as well.

Kanye West wrote in the homepage of his social networking site that he has written a song for the singer and he wants her to sing it. However, he also mentioned that if Taylor Swift does not sing that “beautiful” song, he will perform the song for her. On the other hand neither Taylor Swift nor her representative has commented anything about the whole incident. With Video Music Award approaching on September 12, the media is speculating that may be Kanye West wants the world to know that he is really “sorry”.

Kanye West reportedly wrote about 70 messages in the homepage of his social networking site asking for an apology from Taylor Swift. Kanye West wrote that Taylor Swift had nothing to do with his issues with the award shows and she deserves an apology more than anyone else. “The College Dropout” singer maintained in his social networking site that he “bled” hard after the infamous incident happened. He regretted that previously he canceled his tours, had to let his employees go owing to his “brash” actions. The singer wrote that he is ready to go out of his way now as his “ego” is overdone.