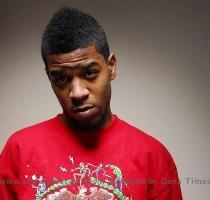 LOS ANGELES, (GaeaTimes.com)- The second series of Kid Cudi’s “Man On The Moon” has been released on the websites much before the scheduled date of November 9, and it invited a lot of critical acclaim. However, the hard copies had just hit the shelves of the stores, and one must say that the new album is much better than the first series.

The new album of Kid Cudi, entitled as “Man On The Moon 2: Legend of Mr. Rager”, features many more artist apart from Kid Cudi himself. It features Kanye West, Cee-Lo Green, and Mary J. Blige. According to many, Mary J. Blige, did a great job by not only accompanying KId Cudi, but also unleashes a more sophisticated side of his music. Compared to the last album, this album is more captivating. It has come out of the yoke of mere hip hop and rap and tried to explore the wider arena of music with a good blend and influence of spacey psychedelia, fusing the clinical, synthetic hip-hop, with a tinge of rock, inspired by Jimmy Hendrix, Pink Floyd and Zappa. Kid Cudi said in an interview that the feel of this album is darker by nature. Instead of revealing his dreams, like he did in his first album, he introduces the listeners to his realities, both good and bad, through the second one. It will tell them more about who Kid Cudi in reality is.

A source complemented the new album of Kid Cudi and said that the album is as consuming and intoxicating as Kid Cudi really is. It describes the singer in the perfect way. Kid Cudi’s last album,”The Man on the Moon: The End of the Day”, which was released in 2009, was not as good as it was expected to be. Compared to that, this new album is much better.

GHAZIABAD - Around 150 students from different schools stepped into the shoes of traffic policemen f...

MELBOURNE - In a bid to discipline his young sons, a Brisbane father made the kids drink household c...

WASHINGTON - A new research has indicated that what your mother ate when she was pregnant may make y...

WASHINGTON - A new research has indicated that children who experience a parental divorce are over t...

BEIJING - A Chinese charity will donate home-made sweaters to abandoned and disabled children in six...
Copyright© 2010 The Gaea Times