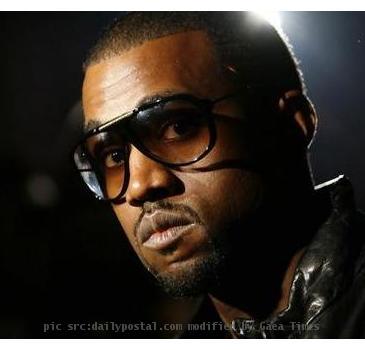 LOS ANGELES (GaeaTimes.com)- The MTV VMA Awards at the Nokia Theater in Los Angeles was by far one of the most anticipated events this year. The fans were treated to some star studded performances and also some acts that made a statement in many other ways. The Kanye West- Taylor Swift controversy last year saw Kanye West suffer one of the biggest downfall in terms of public opinion. This year, however, Chelsea Handler had given hopes that there could be a reconciliation between the country star and the rapper. In spite of all the hype, the rapper and the country musician did not cross each other’s paths on stage but did hint at forgiveness and apology in their songs.

Kanye West performed towards the end of the awards night and Taylor Swift was one of the earlier acts of the evening. Kanye West walked out on stage in a bright red suit and with his usual heavy gold accessories. Soon a trio of ballet dancers appeared on stage as well and Kanye West was head spitting out the angry lyrics from his latest album. With an anger that most thought were directed at himself only, Kanye West gave a high energy performance that got the crowd grooving. Towards the end of the performance he was joined by the Clipse’s Pusha T, who added his own angst and energy into the performance. His performance ended with sparks cascading down on stage signaling the return of the one of the most prolific rappers in the music industry.

Earlier Taylor Swift started off her performance of the evening following a montage of last year on stage drama. She performed the single ‘Innocent’ which had some hints of forgiveness towards Kanye West.