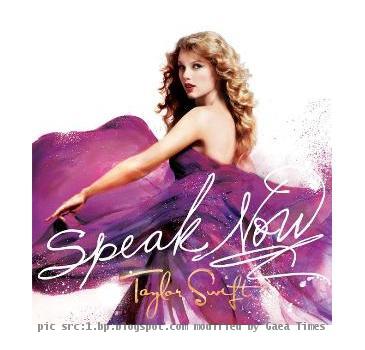 LOS ANGELES (GaeaTimes.com) — Taylor Swift’s fans are very much excited with her new album “Speak Now”. As a part of the album, the latest single that has been released is “Last Kiss.”

Rumor suggest that the song is all about Taylor Swift’s relationship with Joe Jonas. In this song she divulges all the pains one has to suffer after a breakup. The singer also describes the awkwardness two people face as they meet post their separation.

In an interview the famed singer talks about her own experience on the same issue. But not exactly revealed all those facts her fans are eagerly waiting for.

Have you collected ‘Speak Now’ album yet? What is your favorite song from the album? Do let us know in the comment section below.

Enjoy the video below.