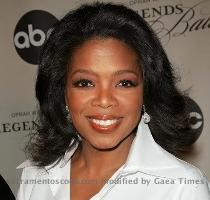 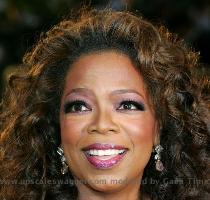 CHICAGO (GaeaTimes.com)- The highly anticipated of ‘Oprah’ episode is here and this year it gets bigger and better. For all those who have been waiting eagerly for the Oprah’s Favorite Things 2010, the show will be aired Friday. A little preview of the show revealed that the audience will go berserk when Oprah Winfrey announces that it is the Favorite Things episode.

Oprah Winfrey appeared in an interview recently and spoke about the ‘Favorite Things‘ episode that was taped earlier. She said that the episode was special as she was doing something that she had never done before. She said that she walked on stage and ripped off her dress and announced that it was the special episode. She said that in spite of being in the business for years now she had never seen people react like that. She added that the team had a couple of paramedics on standby as people began to go completely out of control with joy and excitement.

Oprah Winfrey also revealed that the audience for the ‘Oprah’s Favorite Things 2010‘ was hand-picked and they were people who believed in giving back. She added that this was the ultimate give-back for them as not only did they go home with ‘Oprah’s Favorite Things’ but were also witness to the most lavish give-away ever seen. Oprah Winfrey also admitted that this was the ultimate ‘Favorite Things’ episode as the network put together the best team possible to ensure that it was a gala affair. She revealed that the studio was converted into mid-west version of the north pole and Black Eyed Peas would also be performing.

MELBOURNE - US chat show queen Oprah Winfrey is reportedly planning to buy a new home with a 68-mill...
Copyright© 2010 The Gaea Times