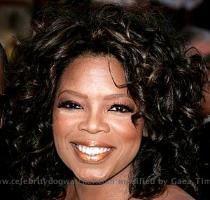 LOS ANGELES (GaeaTimes.com)- The highly anticipated Ultimate ‘ Favorite Things‘ episode of ‘Oprah‘ aired this week and it looks like the gifts will flow for sometime to come. The episode saw the crowds going berserk after realizing that they were in the ‘Favorite Things’ episode and the talk show queen ensured that the ones sitting at home and watching the show would go green with envy. The second day of the giveaway episode will air this Monday and going by the response of the first episode, it is sure to have a happy studio audience.

The web has been abuzz with the items that Oprah Winfrey gave away on the Ultimate ‘Favorite Things‘ episode. From luxury products to state-of-the art gadgets, the list of products include all that one can dream of. A Caribbean cruise is also on the list of the ‘Favorite Things’ that the talk show queen is giving away. Among some of the items that have made a buzz on the show, there was a special watch commemorating the 25 years of the show. The watch, reportedly, has 58 hand set diamonds and two ‘O’s on the face. There was also an Andrew Walker hair kit which includes shampoos and conditioners that the talk show veteran uses herself.

Oprah Winfrey herself endorses and claims that she uses the products that are given away on the Ultimate ‘Favorite Things‘ episode. She spoke about the Beecher’s ‘World’s Best’ Mac ‘N’ Cheese and said that the best part about the product was that it came frozen and all one had to do was heat it. Another product that Oprah Winfrey has been all praises for is the Breville Panini Quattro 4-slice which can cook upto four sandwiches at a time.