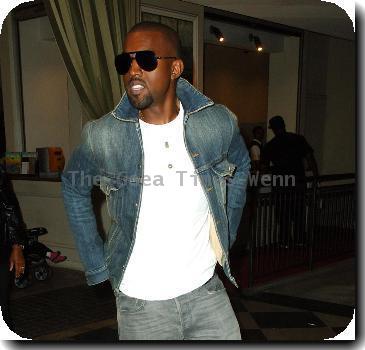 LOS ANGELES (GaeaTimes.com)- The VMA 2009 controversy involving Kanye West and Taylor Swift has finally showed signs of dying out but not without a final spark. In what can best be described as the Gandhian approach, Taylor Swift was seen stretching her arms out in forgiveness of the ‘Stronger’ rapper through her soulful and melodious song called ‘Innocence’. The stars became the center of media attention right before the VMAs 2010 as there were rumors afloat about the two of them being together on stage. The host of this year’s VMAs Chelsea Handler had earlier said in an interview that she would like to see the country music sensation and Kanye West on stage together and also bury the hatchet.

Taylor Swift’s message was clear in her song which was preceded by a video of last year’s on stage drama. In the VMA 2009, Kanye West had come up on stage after during Taylor Swift’s acceptance speech, snatched the mic and started saying that Beyonce Knowles deserved the award. The action saw Kanye West turn into a villain in the media overnight. With almost every celebrity and fan condemning the behavior, Kanye West was seen going on a one year hiatus from music to re-arrange his thoughts. He recently made a comeback with a new album of which one of the singles was called ‘Power’.

At the VMAs Kanye West appeared in a bright red suit and performed the song ‘Runaway’. The lyrics of the song was full of angst which seemed to have been directed more at himself. In spite of his apology and Taylor Swift’s message of forgiveness, some of the gossip bloggers on the web feel that ‘Innocent’ was not as innocent a song as it seemed and it was meant to expose Kanye West’s over-sized ego.

Russell Brand unlikely to face charges over US airport fight

LONDON - It seems Russell Brand won't face charges over a spat with a photographer at Los Angel...

LOS ANGELES (GaeaTimes.com)- Controversy prone rapper Kanye West has found himself in the news a...

Bush has forgiven Kanye West for calling him 'racist'

Kanye West thinks Coldplay 'is better than The Beatles'

LONDON - Kanye West has apparently landed himself in a controversy by announcing that Coldplay is at...

LOS ANGELES, (GaeaTimes.com)- The second series of Kid Cudi's "Man On The Moon" has been relea...

WASHINGTON - In the first interview of his post-presidency, George W. Bush said he was angered when ...

Kanye says he made Taylor Swift a star

WASHINGTON - Former US President George W. Bush has revealed that the most disgusting moment durin...

Kim Kardashian, Miles Austin 'aren't getting back together'

NEW YORK - Kim Kardashian is not getting back together with NFL star Miles Austin. The Internet w...
Copyright© 2010 The Gaea Times