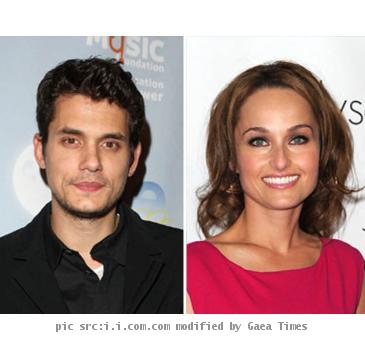 Giada De Laurentiis took to Twitter and wrote that she is extremely “heartbroken” as she could no imagine that the media outlets would spread such rumors. However, her representative wrote on her website where he strongly criticized the media report and called it to be a “lie”. The representative maintained that the media outlets should be ashamed that the magazines should rely on “disgraceful lies” and hide their news behind false and “anonymous” sources in order to make the news spicy and entertain the readers. The reputed gossip magazine previously also reported that it looked like both Giada De Laurentiis and John Mayer were going to go home together.

Dafoe likes 'pure, personal cinema' of 'A Woman'VENICE, Italy ? Willem Dafoe says "A Woman," one of ...

LONDON - A number of new "public security" laws in Italy have emerged that ban things like kissing w...

McClure’s Pickles Made Popular By Ted Allen On Food Network

iPods, foodies, tattoos and designer coffee: 50 things that changed our lives this decade

50 things that changed our lives in the aughts NEW YORK — Was it only a decade ago that a ...
Copyright© 2010 The Gaea Times