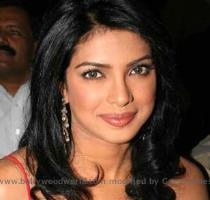 MUMBAI, INDIA (GaeaTimes.com)- Bollywood bombshell Priyanka Chopra has added to her official website a voice blog and a personal YouTube channel. Being one of the most net savvy Bollywood celebs, Priyanka Chopra has allowed fans to have a sneak peek into her life through the web and understand that she leads a normal life like many other women. Her official website called iampriyankachopra has also received a great response from the fans and the new online initiatives were launched with the help of UTV interactive.

In a recent interview the ‘Don’ star said that she will update her blog four-five times in a week. The blog is available for subscribers of the official website only and the voice blog can be heard over phone for just Rs.10. Priyanka Chopra also writes a column in Hindustan Times and has over 800,000 followers in her Twitter and Facebook account. She revealed in the interview that having voice and video platforms would be interesting and she can say whatever she wants. She also added that people would get to see that she too leads a normal life.

Priyanka Chopra’s official website has been designed aesthetically with a bright pink background. The interactive website also features a beautiful photo of the star on the homepage. Priyanka Chopra recently released her film ‘Anjaana Anjaani’ and also has a number of big releases in the next year that includes a sequel to the super-hit Shah Rukh starrer ‘Don’. Apart from Priyanka Chopra, Kareena Kapoor also has an official website with fantastic photos of the actress on the homepage.