Sony overlooks its other shows for Balaji 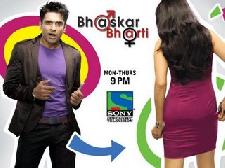 Yes that’s the only reason why Bhaskar Bharti and Ladies Special will not be telecasted in this week. The reason is that Balaji has come up with its two new ventures and the channel is very keen to promote the same.

“Last night due to karva chauth Bhaskar Bharti episode was not telecast but before that day they were showing the repeats of CID and this was done just to promote Balaji’s two new venture which has captured 10 to 11 pm time slot,” chirps our little birdie.

We called up Ashita to know further, she explains, “I was given holiday for two days and so thought of watching my show. I was taken a back when on Tuesday my show wasn’t aired. I called up my production team and they told me that channel wanted to promote Balaji’s show so they will not be telecasting Ladies Special for this week.”

“I was very disappointed and even had a word with the channel about the same issue. I don’t understand why they are doing this and what their funda behind not telecasting their prime shows is,” concludes the actress.

Well we hope the channel has heard them.