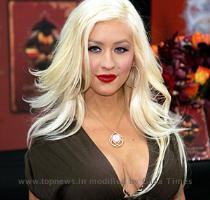 LOS ANGELES (GaeaTimes.com)- It looks like a busy week for Christine Aguilera as the star followed up her ‘Burlesque’ performance at the American Music Awards with another stellar performance at the ‘Dancing With The Stars’ finale. While the star goes from stage to stage promoting her new movie and at the same time proving that she still has the voice and the moves, fans and bloggers have been busy speculating about her recent weight gain. Going by the trailers of ‘Burlesque’, it looks like Christina Aguilera’s weight gain has been a recent phenomenon. Though some are speculating that the star might be pregnant, the recent divorce rumors with her husband raises some more questions for sure.

Christina Aguilera gave a stellar performance at the AMAs earlier this week where she showed off her ‘Burlesque’ dance moves and immaculate vocals. The performance also provided the audience a sneak peek into the 2011 release which has received great hype for Christina Aguilera’s performance. At the ‘Dancing With The Stars’ finale too the performance was marked by some great vocals and skimpily clad dancers who performed on top of tables placed on the stage that was set up like a burlesque club.