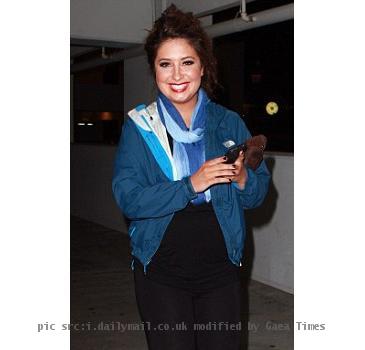 LOS ANGELES (GaeaTimes.com)- “Dancing with the Stars” contestant and Sarah Palin’s daughter Bristol Palin has landed herself in the voting controversy and as a result she has infuriated many loyal fans of the U.S television reality show. Officials of the ballroom dancing show have told a reputed media source that an envelope containing a mysterious white powder was found in the studio on Friday. FBI has already launched an investigation to know the details of the mysterious white powder. The ABC officials informed police about the “threatening letter” containing white powder.

ABC spokeswoman Amy Astley, in her statement said that the security officials and city authorities were immediately informed after the white powder was discovered. She also said that ABC officials took necessary measures to ensure safety of the officials. However, after investigation it was reported to the ABC officials that the substance was talcum powder. A source close to FBI told a reputed gossip site that after the letter that was reportedly addressed to Bristol Palin was found, L.A. City, the L.A.P.D. and FBI Hazardous Materials officers were immediately responded to incident

WASHINGTON - The man who was attacked on Facebook by Willow and Bristol Palin has refused to accept ...

LONDON - While most students brag about their mental prowess, the best of undergraduates at Oxfo...
Copyright© 2010 The Gaea Times