“Dancing With The Stars” Vote Continues 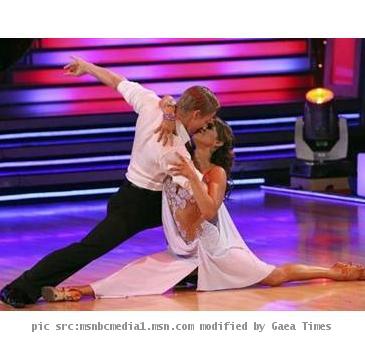 LOS ANGELES (GaeaTimes.com)- Now that the semi final episode is over, the fans of “Dancing with the Stars” are all geared up to vote for their favorite contestant so that they remain in the ballroom dancing show. The loyal fans of “Dancing with the Stars” season 11 saw the celebrity contestants putting their bet effort to sweep the audience and the judges off their feet perform their best to get a perfect score. Jennifer Grey, Kyle Massey, Brandy and Bristol Palin gave two performances each and Jennifer Grey shined in her performance and managed to score a perfect 10 from each judge.

“Dancing with the Stars” semi final episode saw some spectacular performance by the contestants which impressed the judges. The “Dirty Dancing” star Jennifer Grey not only scored perfect 10 from the judges, Judge Bruno Tonioli said that her performance was flawless. Judge Len Goodman told her that she combined good technique in her dance with high performance level which gave ample “fun and entertainment” to the audience. After her couple of performances Jennifer Grey scored a perfect 60. Actor Kyle Massey also gave two mind-blowing performances and scored 58 after his two performances. Len Goodman said that his dancing was fabulous as it provided entertainment with great rhythm. However, it now depends on the votes which will decide the fate of the celebrities in the show.

Brandy’s grand total was 57 and she too performed well in the show. Bruno Tonioli praised her saying that she danced like a “fury”. Bristol Palin scored only 53 though she received praises for her performance. Len Goodman said that she was “blazing” in her performance. However, on Tuesday, the scores of the contestants and audience vote will be counted together to find out which contestant will be eliminated from the “Dancing with the Stars”.