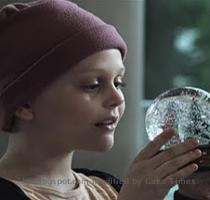 LOS ANGELES (GaeaTimes.com)- Certain movies are not merely made for entertainment. They have the inherent attribute which can melt people’s heart and impart warm and positive feelings in it. “November Christmas”, is one such example. This is a special television movie made by CBS, to elate the spirit o Christmas. It has been directed by Robert Harmon and produced by Brent Shields along with Hallmark Hall Of Fame.

“November Christmas” deals with a small community in Rhode island, who gets together to help a little girl, Vanessa, suffering from the deadly disease of cancer. Her parents know that she will not be surviving for too long after they visited the hospital to get her last treatment done. They decided to forget the adversities of the inevitable and cheer up their energetic daughter by giving her a pre- Christmas holiday, with all the fun and frolic, so that her last few days are spent with delight. Her father approaches his old-salt local farmer Jess, to make the arrangement of the special “November Christmas” for his eight year old girl. Slowly the message reaches out to the entire community and every one gets involved to help her parents and thereby be a part of the noble act. The joint effort finally results to a wonderful “November Christmas” for Vanessa.

“November Christmas” has a wonderful feel good factor, especially for the adults, who would never like to see their children fall prey to any deadly disease. It gives a hope that goodness still exists in the heart of every person, which is the basic message of the Christmas festival. The film stars some o the renowned actors like, John Corbett and Sarah Paulson as Vanessa’s (Emily Alyn Lind) parents and Sam Elliott as Jess.