Biggest Losers Get A Makeover 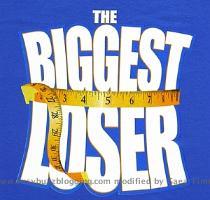 LOS ANGELES (GaeaTimes.com)- The popular show, “The Biggest Loser: Pay It Forward” week ten, brought a lot of surprising elements to the contestants. With the show almost heading towards the end, and with only seven contestant left, the show seems to be getting even more challenging and exciting every week. However, yesterday, the contestant got a delighting break from the rigorous workout schedules to get a complete makeover.

The makeover added the final touch to their transformation. They got new clothes to wear and posed for a popular magazines for an exclusive photo-shoot. The renowned celebrity hair stylist, Ken Paves gave them a suitable haircut, a nice hair color and shaped their eyebrows, before they landed for the shoot. All the seven contestants looked really gorgeous as they sported the new look, and probably posed for a fashion magazine for the first time. This clearly stated that they have transformed a lot to even be fit for high fashion. This boosted the morales of all the contestants. However, that was not the only surprise in store for them in “The Biggest Loser:Pay It Forward” week ten. They even got to meet their family, for the first time in several weeks. Their family members were almost in tears to see the transformation of their children and the new makeover that made them look stunning and at times unrecognizable.

Elizabeth Ruiz, who has lost 43 pounds met her mother to burst into tears after their reunion. Mark Pinkhasovich, mother also congratulated for his new looks and it was revealed that now his cousin is also trying to lose weight at home. Brendan Donovan’s mother was shocked to see her son and said that it was the happiest day of her life, to see him lose 90 pounds. Ada Wong, who lost 68 pounds was greeted by her friends, who told her that she has a sexy pair of legs now. ” The Biggest Loser:Pay It Forward” was an emotional reunion indeed.