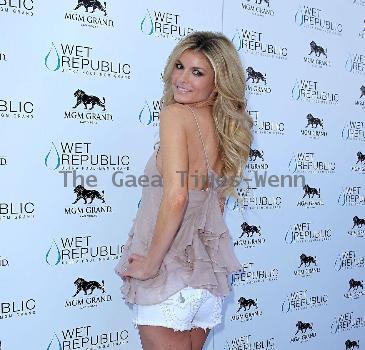 LOS ANGELES (GaeaTimes.com)- Conan O’Brien’s talk show featured the new NFL hottie Marisa Miller in last night’s episode. The former Victoria’s Secret model was among the three guests called in for interviews on the late night show. The other celebs who appeared on the show were Jim Parsons and Brendon Walsh. The show has been one of the most talked about shows in recent months for the hype surrounding the return of Conan O’Brien to the TV screens. Reports indicate that the show pulls in the youngest demographic for a late night show. With the likes of Marisa Miller on the show, it looks like a lot of people are sure to tune in.

Marisa Miller has recently been voted the ‘HD Hottie’ by a well known website. The website keeps a track of the women who appear on TV on particular day and hand over the crown of the ‘HD Hottie’ to the most attractive beauties. With Marisa Miller appearing in the Conan O’Brien talk show, it looked like she had little competition when it came to bagging the crown.

Marisa Miller has recently been named the face of NFL and represents the organization outside the US as well. She was also a part of the program that supported the US Military. The new focus in her life has stopped her from being a part of the Victoria Secret campaign this year. She spoke in an interview recently and said that though she loved being a part of Victoria’s Secret, this was something that she wanted to focus on.