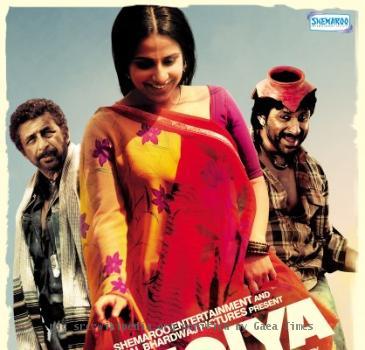 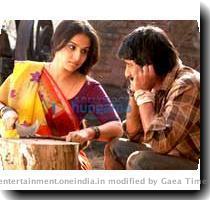 MUMBAI, INDIA (GaeaTimes.com)- ‘Ishqiya,‘ the film that gave actress Vidya Balan the chance to prove her versatility and break out of her so called girl next door image is going to be shown at upcoming 10th River to River- Florence Indian Film Festival. The festival which is hogging the limelight is going to be held in the first week of December. The gritty drama set in the backdrop of rural Uttar Pradesh in India explores the politics and social tangles that trap the human lives and make them victims of lust, greed and corruption. Co-produced by Shemaroo Entertainment and Vishal Bharadwaj, the film was directed by debutante Abhishek Chaubey. It also has ace actors like Arshad Warsi and Naseeruddin Shah in lead roles.

‘Ishqiya‘ gave actress Vidya Balan the chance to silence her critics and she proved that she is capable of playing a character with dark shades with elan. Her portrayal of the seductress Krishna and her skill in manipulating the men in her life won her rave reviews. Hiren Gada, the Shemaroo Entertainment Director said that “We are glad to know that our efforts are recognized worldwide”. He also added that the film has already been shown in a number of international film festivals in many countries and the overall reception has been quite positive.

Upon its release in India, ‘Ishqiya‘ got an average response initially but in the later weeks picked up significantly from word of mouth publicity and did well eventually at the box office. It has also been shown at MunichFilm Festival, the Indian Film Festival ofLondon and 34th Cairo International Film Festival.