Bristol Palin In “Dancing With The Stars” Final 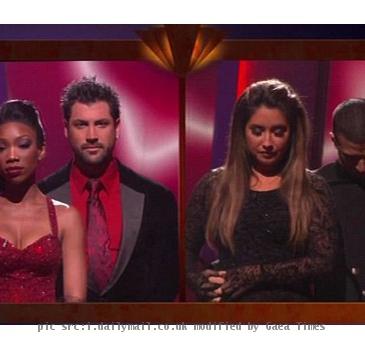 LOS ANGELES, (GaeaTimes.com)- Bristol Palin has come under media scanner after Brandy Norwood is axed from “Dancing with the Stars”. Some sources are of the opinion that Bristol Palin could make it to the final because she is supported by her mother Sarah Palin and Tea Party. However, the 19 year old mother has rubbished all the speculations and said that she is not backed by her mother and she is in the show because the audience likes her performance.

However, last night the audience saw tearful Brandy Norwood leaving “Dancing with the Stars” stage forever. The audience and the judges were shocked to see the results and judge Bruno Tonioli said that he was “disappointed” at Brandy Norwood’s exit. Brandy Norwood said that she does not know how to feel as the whole shock “hasn’t processed” for her. However, Bristol Palin has denied the Tea Party support and said that she has come a long way as she had no experience of dancing. She said that she is not “fake” like “Hollywood” and people can relate to her because she is real.

WASHINGTON - The man who was attacked on Facebook by Willow and Bristol Palin has refused to accept ...

LONDON - While most students brag about their mental prowess, the best of undergraduates at Oxfo...
Copyright© 2010 The Gaea Times