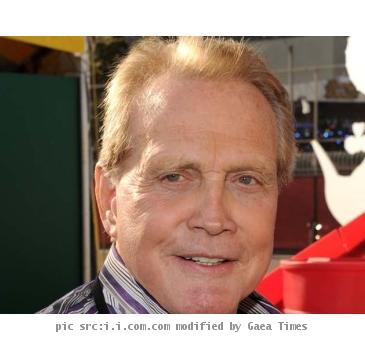 LOS ANGELES (GaeaTimes.com)- American actor Lee Majors is all set to appear on “The Oprah Winfrey Show” this Wednesday, Oprah Winfrey’s website stated. The actor will reportedly pay a surprise visit to Carson Kressley on the show. “Queer Eye for the Straight Guy” actor Carson Kressley is a make over king and a fashion guru who would also grace the show and speak about fashion, recent trends and career prospects. Garth Brooks will also appear on the show to and entertain audience with his phenomenal songs.

The media outlets reported that one of the reasons of Lee Majors‘ appearance on the show is that his famous television show “Six Million Dollar Man” would be hitting video stores on Tuesday. The gossip sources claim that the actor would speak about his television series and also promote the DVDs as well. After more than a decade of Internet requests finally 40-DVD set of “Six Million Dollar Man” is releasing on Tuesday with five seasons and 100 one-hours episode. The DVD also features three pilot television movies, hours of bonus features and three sequels at the same time.

The media outlets reported that the three celebrities would speak about different experiences of their lives. The 25th season of “The Oprah Winfrey Show” will mark who’s who of the entertainment industry as the iconic host announced before the show. Oprah Winfrey has left no stones unturned to attract audience through various surprises and gifts. However, the viewers are waiting eagerly for the Wednesday’s episode to see Lee Majors interview. Lee Majors reportedly spoke about his experiences while shooting his television series’. A source close to the show reported that while speaking about his shows Lee Major told that he feels great when he comes to know that people still speak about his shows.