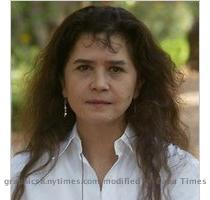 PARIS, FRANCE (GaeaTimes.com)- French actress Maria Schneider died on Thursday at the age of 58 in her native city of Paris. Her agency Act 1’s spokesperson said that the actress lost her life after battling an ill health for a long time, not mentioning the exact cause of the death. However, it has been found that the actress who shot to fame with “Last Tango In Paris” died due to cancer.

Maria Schneider was born to famous French director Daniel Gelin and a Romanian mother Marie-Christine Schneider in 1952 and rose to fame just when she was 19. Eminent director Bernardo Bertolucci discovered her after actress Dominique Sanda opted out for the role of the female lead of “Last Tango In Paris” due to her pregnancy. Her sexually feisty role in the movie as the character named Jeanne seized immediate attention soon after the movie got released, all because Maria Schneider had dared to bare it all for the 1972 flick. The movie visualized some of the controversial sex scenes between Maria Schneider and Marlon Brando which were shot explicitly going to grab the attention of the watchdogs. The scene famously known as the ‘butter scene’ showed the actress’s full frontal nude shots for which it was even banned in several countries. Both Marlon Brando and Bernardo Bertolucci had earned Oscar nominations.

Even though “Last Tango In Paris” earned varied views, mostly controversial ones from the critics, Maria Schneider had labeled herself as a sex symbol by her unconventional portrayal which was indeed a rebellion in the form of breaking away from the conventional frame. Maria Schneider has also acted in other films which include “The Passenger” and “Jane Eyre”.