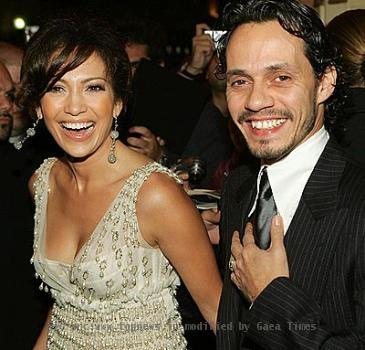 WASHINGTON (GaeaTimes.com)- Jennifer Lopez and husband Marc Anthony are gearing up to watch the Super Bowl XLV in White House to witness the Green Bay Packers take on the Pittsburgh Steelers at the Cowboys Stadium in Arlington, Texas. A representative of the ‘American Idol’ judge has affirmed to the media that JLo and Marc Anthony have received invitation from United States President Barack Obama to watch the much-anticipated Super Bowl showdown at White House in a party that is likely to witness the presence of a number of noted personalities from the world of politics as well as entertainment.

When asked about her invitation to the Super Bowl party at the White House, a visibly delighted Jennifer Lopez told reporters on Wednesday, “I can’t believe it!” The songtress further went on to say that the fact that she would be watching the Super Bowl showdown at White House was something that seemed unreal to her. The ‘Maid In Manhattan’ star also added although she thinks that both the teams had a fair chance of winning the championship, it was Pittsburgh Steelers that were ahead of the Green Bay Packers by a slightest margin in their possibility of winning Super Bowl XLV.