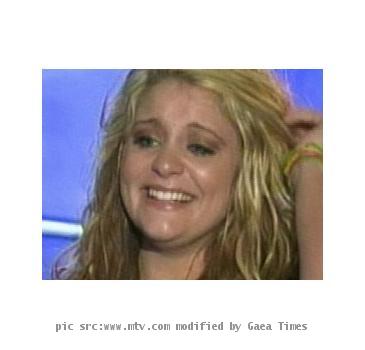 LOS ANGELES (GaeaTimes.com)- Its seems the Fox reality series “American Idol” has found another Carrie Underwood in its latest season. In an episode that was aired last night, the judging trio of Steven Tyler, Randy Jackson and Jennifer Lopez were completely bowled over by the stellar performance that was showcased by 15-year-old Lauren Alaina. The high school student left the panel of judges mesmerized with her scintillating rendition of Faith Hill’s ‘Like We Never Loved At All’, earning wide appreciation from show’s mentors while entertaining the viewers to the fullest.

While Jennifer Lopez was left overwhelmed with the 15-year-old’s amazing performance, judge Steven Tyler went on to say that her singing during the audition was incredible enough to leave the 40 million viewers of the show cry with tears of joy. Following Lauren Alaina’s performance, Jennifer Lopez was seen wiping off her tears while Randy Jackson told the contestants, “Best we’ve seen today. I’m blown away.” After having impressed the judges with her singing, the teenager was then accompanied by her family in the audition room as the high school student went on to perform a duet with Steven Tyler on ‘Don’t Want To Miss A Thing.’

Meanwhile, the “American Idol” judges were not the only ones who were left asking for more after Lauren Alaina rocked the audition stage as the blogosphere is abuzz with comparison of the teenager with Carrie Underwood, who is considered to be one of the most successful winners of the Fox singing competition. The Georgia resident also won many a hearts when she dedicated her mesmerizing performance to his cousin Holly who has survived from cancer.

Wrong to see Muslim women who cover hair or body as a threat, says Cherie Blair