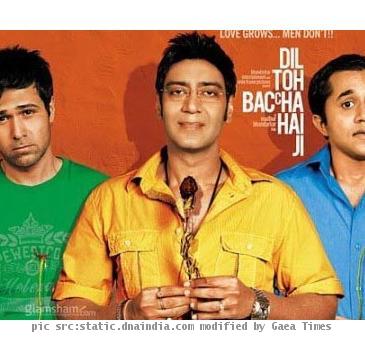 MUMBAI, INDIA (GaeaTimes.com)- Director Madhur Bhandarkar is keeping his fingers crossed as his first comedy titled ‘Dil Toh Bachcha Hai Ji’ is getting released in India today. The realistic film maker who wowed the viewers and critics alike with stellar films like ‘Chandni Bar’ and ‘Page 3′ earlier is making foray into romcom with this multi starrer film. In a recent interview given to a leading media entity the ace film maker talked on various aspects of his latest films and his plans for the future etc. He admitted that he is a tad nervous on the eve of the film’s release but also added that was the case with all his earlier movies. He also said that his take on comedy is different from slapstick and loud genre.

Director Madhur Bhandarkar said in the interview that his latest flick ‘Dil Toh Bachcha Hai Ji’ is not without the realistic touches that his films are liked for. He said the comedy in the film is very close to what everyone feels in their lives and the viewers will be able to relate to the humor he has used. On being asked why he chose a totally different genre this time the director said his wife asked him a number of times to make a comedy and even actress Tabbu who acted in ‘Chandni Bar’ requested him to do so!

This is the first time director Madhur Bhandarkar worked with actors Ajay Devgan and Emraan Hashmi and he said that it was nice working with the duo. He said Ajay Devgan has done excellent work in ‘Dil Toh Bachcha Hai Ji’.