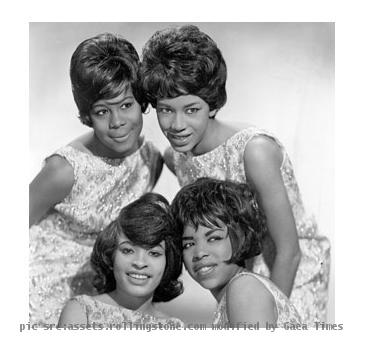 LOS ANGELES (GaeaTimes.com)- Gladys Horton was just a fifteen year old orphan, when she decided to make her own mark in the world of music, by creating the popular girl band, the Marvelettes in the 60s. Her songs are still as popular as it was on the day they were created. However, the creator herself left for the heavenly abode, in a Los Angeles hospital on Wednesday, after suffering from the wrath of a stroke and prolonged pneumonia.

Gladys Horton’s demise was rather inevitable as she has been suffering from long, but her band-mates, who were also her high school friends,were not prepared for it. Katherine Anderson Schaffner, one of the co-founders of the band said that she fought until the end. She updated her Facebook profile where she talked about Gladys Horton’s critical condition in the hospital. However, even though she tried her best to prepare for the worst, which she knew was inevitable, the death of Gladys Horton still came up as a shock to her and the rest of the band. The Marvelettes’ first hit, “Please, Mr. Postman”, was one of the biggest hit of that era, which immortalized itself and still continues to be one of the greatest compositions of all times. It was recently incorporated in the Grammy Hall of Fame collection. This collection honors all those songs that has a “lasting qualitative or historical significance”, for atleast the last twenty five years.

Katherine Anderson Schaffner said that she feels delighted to know that their song is still regarded as one of the most memorable ones. However, she feels bad as Gladys Horton never came to know about this achievement, as she was already in the hospital when Grammy announced this news. Her friends feel, that now since she is in the heaven, she would definitely come to know about it, and feel proud of herself.

LONDON - A British family is set to enter the record books for having the world's oldest siblings, w...

NEW DELHI - The following are results on the sixth day of the Commonwealth Games here Saturday. ...

NAACP chief wants pardon for sisters serving life in Miss. for their role in $11 robbery

5 years after Katrina, residents mourn dead and celebrate region's recovery, not yet complete