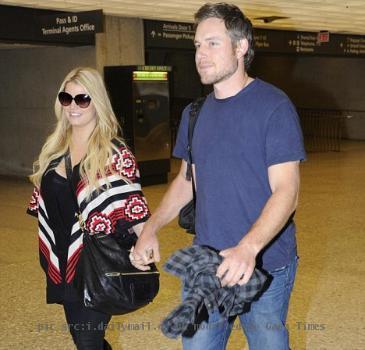 Jessica Simpson’s representative said that the couple is presently “thrilled”. A source close to the couple said that Eric Johnson proposed to Jessica Simpson last Thursday, six days after the blonde beauty’s ex-husband Nick Lachey announced that he is all set to wed his long time girlfriend Vanessa Minnillo. However, Jessica Simpson and Eric Simpson announced the happy news through their representative through a joint statement. In the statement it was stated that the couple is “excited” to confirm that they are engaged.

Jessica Simpson and Eric Johnson began dating in May while the football player was estranged from his wife stylist Keri Johnson. About her relationship, Jessica Simpson said that Eric Johnson is very supportive and she could not have asked for a better man in her life than him. “Do You Know” singer reportedly said that she is planning to spend Thanksgiving Day with her beau and she is happy that she is engaged. She told a reputed media source that the couple will be in New York. Jessica Simpson flaunted her engagement ring at a department store on Saturday. The beautiful ring features central ruby comprising of two diamonds and the singer looked happy and excited to begin a new chapter of life. This is going to be second wedding for Jessica Simpson. Previously, she was married to Nick Lachey and the couple parted ways on 2006.