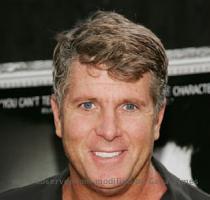 LOS ANGELES (GaeaTimes.com)- It seems like Donny Deutsch is all geared to take off with his latest show “Love Calling” where he will be sharing all kind of love advices and bringing out solutions for the audience with regard to their love problems. The popular talk show host begun his practice of showing the right way by lashing out at Sandra Bullock’s ex Jesse James. Donny Deutsch, who appeared on “Access Hollywood” on Thursday with Billy Bush and Kit Hoover was seen calling Jesse James a “low-life” and “dirt bag”!

Yes, Donny Deutsch was seen criticizing the former husband of Hollywood star Sandra Bullock saying that he was leading the cheapest kind of life. Sandra Bullock and Jesse James parted ways in 2010 after the actress found out that Jesse James was cheating on her by having an affair with model Michelle ‘Bombshell’ McGee. He recently announced the news of his engagement to fellow reality star Kat Von D. However, Donny Deutsch seemed to be in no mood for stopping for he was even seen cautioning the “LA Ink” star before getting finally hitched to Jesse James.

Donny Deutsch mentioned that most of the times he is flooded with questions from women who say that their problem is that they cannot resist themselves from falling to the charms of the bad boys. The host warmed the viewers especially the fairer sex to be be alarmed of these bad boys with whom they call for a downfall to their own lives. It is clear that a lot more more is going to come from the host who has given the audience a brand new show on Bravo.

China's Tang Wei has busy comeback after reportedly being blacklisted for 'Lust, Caution'

Jake Gyllenhaal in no mood to work with sis again

LONDON - Jake Gyllenhaal is in no mood to star alongside older sister Maggie on the big screen again...

Knicks want focus back on the court, believe their new roster could be a winner

With Dodgers in disarray, Torre figured out it was a good time to walk away

Team in disarray, Torre knows to walk awayJoe Torre was never going to stay around long anyway. His ...

Manager Joe Torre to retire from Dodgers after season; Don Mattingly to replace him in 2011

Joe Torre to retire as Dodgers manager, Don Mattingly will replace him