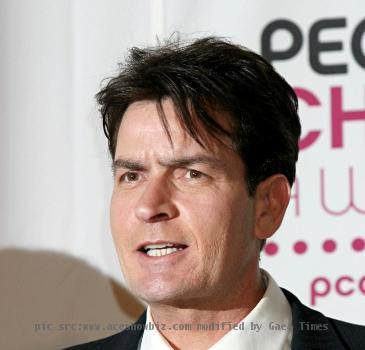 LOS ANGELES (GaeaTimes.com)- One of the most celebrated and highly paid actors of the American television, Charlie Sheen was hospitalized on Thursday. According to the sources, he was suffering from tremendous abdominal pain, after he laughed too hard at a marathon party in his home on Thursday. He has been admitted to the Cedars-Sinai Hospital.

Charlie Sheen’s spokesman, Stan Rosenfield, said that the actor has been suffering from hernia for quite sometime, however he is not sure whether that was the reason behind getting hospitalized on Thursday. A reputed news source specified that the actor is suffering from hiatal hernia, which resulted to the unbearable pain in his abdomen. This disease is caused when part of the stomach is pushed upwards into the diaphragm. There is a small hole in diaphragm, known as the hiatus. The disease is caused when the stomach is pushed upwards through the hiatus. Another reputed source has said that the actor started suffering from the pain at about 7am in his home, and he was almost immediately admitted to the hospital. While leaving the home in a stretcher, to head towards the ambulance, his face was covered with a towel, and he was accompanied by two women.

The neighbors of Charlie Sheen said that the night before he was hospitalized, there was a huge party in his home that lasted till the early next morning. The neighbors could hear the heavy music and voices of several men and women. However, most of them left before the early morning. The excessive laughing all through out the party took a toll on his health. A source close to the actor said that his condition is quite serious right now.