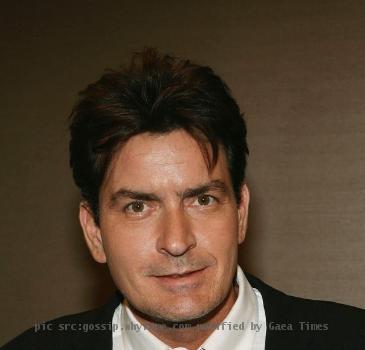 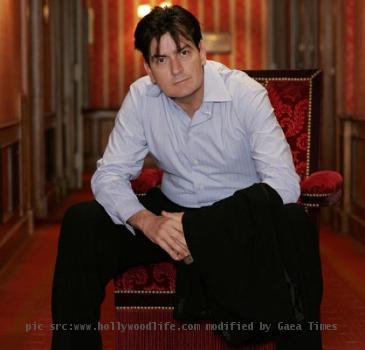 LOS ANGELES (GaeaTimes.com)- Just a week after the tawdry hotel incident, “Wall Street” actor Charlie Sheen has filed for divorce from his third wife Brooke Mueller after two and half years of marriage. The media outlets reported that their marriage apparently has hit the rocks when he allegedly attacked Brooke Mueller last Christmas and was arrested because of that. The divorce documents states that Charlie Sheen has asked for joint custody of their twins, Bob and Max.

A reputed media source reported that Brooke Mueller has also filed for divorce and asked for sole custody of her children with only visitation rights for Charlie Sheen. The “Spin City” actor has agreed to pay Brooke Mueller $55,000 a month to support her children along with $757,689.70. However, the divorce papers show that Charlie Sheen will keep the family house in Hollywood. The court documents also say that he can keep his 3.4 million wristwatch collection. However, his marriage was marred by allegations of violence and substance abuse.

Charlie Sheen filed the divorce papers in Los Angeles Court and it cites “irreconcilable differences” as the reason for the split. The spokesperson of the actor refused to comment about the matter. In one of her interviews after the New York Hotel incident, Brooke Mueller said that Charlie Sheen is free to do what he wants with his life. She added that they have “separated” and hence she feels he was not cheating on her. Brooke Mueller has reportedly mentioned in the legal papers that Charlie Sheen should not pay less child support to Bob and Max than what he pays for Sam and Lola, his children from his second wife.