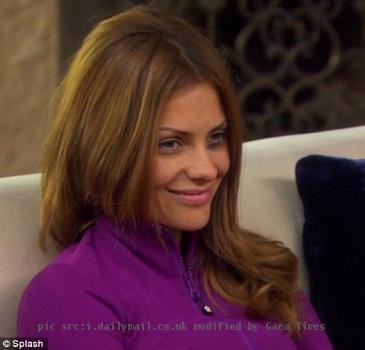 LOS ANGELES (GaeaTimes.com)- Michelle Money, one of the most controversial and entertaining contestant of “The Bachelor” confessed one of her dark secrets to the media. She said that she has dated Utah Jazz’s football player Carlos Boozer, while he was already married.

Michelle Money also added that while in a relationship with Carlos Boozer, he had always insisted that he was already separated from his former wife, Cece Boozer. However, she soon realized that he only filed a divorce case in March 2009, long after the courtship between the two started. She added that she feels extremely guilty because she is partly responsible for Cece Boozer’s separation, and she should have delved into the matter before blindly believing the player. Michelle Money believes that she should not have been so naive to assume that whatever he was saying was true. She also knows that what she did was not intentional, yet it was wrong. However, she still does not blame anybody but herself for the matter. Now however, she wants the best for her life. Perhaps that was her motive behind participating in the show. Michelle Money now wants to do whatever best she can, in order to rectify her mistakes and start with a new life.

Her new love interest, Brad Womack, who has several other prospective love interest in the reality show, says that he really likes Michelle Money, as she has many positive sides and is a remarkable woman on her own rights. The two recently went for a romantic one on one date in the form of a roof top dinner in down town Los Angeles, and the two ended up kissing. That was however nothing new about the show, as Brad Womack ends up kissing every woman with whom he goes on a date in the show.

Statement by the President on the Passing of Dr. Margaret Burroughs

LONDON - Sarah Palin has branded US President Barack Obama and his wife Michelle 'unpatriotic' and '...

Susan Sher to step down as Michelle Obama's top aide

WASHINGTON - The US first lady Michelle Obama's office has announced that chief of staff Susan Sher ...

LONDON - Kate Moss has been named the best-dressed woman of the past ten years. In the first list of...
Copyright© 2011 The Gaea Times