“The Bachelor”: Brad Womack To Return 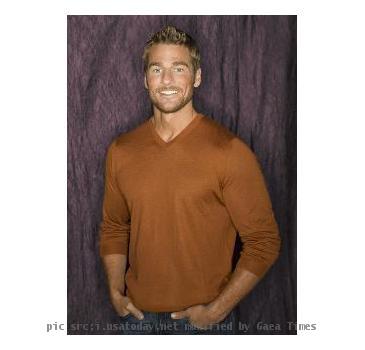 LOS ANGELES (GaeaTimes.com)- After the much publicized split of this year’s ‘Bachelor’ Jake Pavelka and his former lady love Vienna Girardi, the regular viewers of the ABC romance reality show ‘Dancing with the Stars” were waiting with bated breaths to know who would be the new ‘Bachelor’ in the upcoming season of the program. Although host Chris Harrison had already promised that they audiences should wait for ‘the most shocking moment’ they have ever witnessed in the show, they could not have been more astonished when Brad Womack was revealed as “The Bachelor.”

Brad Womack, 37 is no stranger to the regular viewers of the show as he was part of the 11th season of “The Bachelor” where he was seen courting 25 women but at the end failed to find his lady love. The bar owner based in Austin would once again be seen searching for love in front of the national audience for the second time in the 15th edition of the ABC dating reality show when it premieres early next year. The fact that Brad Womack is the next ‘Bachelor’ was announced during an episode of celebrity dance reality show “Dancing with the Stars.”

The regular viewers of “The Bachelor” surely remember the season finale of the 11th version of the show in 2007 when for the very first time in the history of the program, the 37-year-old rejected both the final two contestants DeAnna Pappas and Jenni Croft and chose to remain single. However, owing to his shocking decision he was at the receiving end of huge backlash from the viewers as well as the media.