Brad Womack Returns As “The Bachelor” 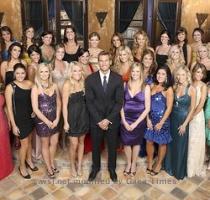 LOS ANGELES (GaeaTimes.com)- “The Bachelor” returned on ABC with the fifteenth season, and much to the surprise of many people, Brad Womack is back in the show, after he dumped two girls in season 11, three years back. The show started with a personal conversation between Brad Womack and the host Chris Harrison, where he said that now he is a changed man, and underwent an ‘intensive therapy’ after being featured in season 11. However, the premiere episode had many more surprises in store for the 38 year old bachelor bar owner, who is still searching for his soul mate.

Before Brad Womack was introduced to the 30 women of this season, he said that he wanted to apologize the two women whom he dumped last time. However, Chris Harrison threw a surprise bomb on him, saying that those two women, namely, Deanna Pappas and Jenni Croft were present in the set, and he could apologize to them personally. With an embarrassing disposition, he offered his apology, and discovered that Jenni Croft is married. Then he met, the thirty other new women, one of whom is expected to be his wife this time. However, the biggest surprise on the show was rather a bolt from the blue. One of the contestants, Chantal, who became the first lady to leave the house, said that she knew who exactly he was and would therefore love to do something on behalf of several American women. Then came a tight slap from her right on his left cheek. Nevertheless, the ‘changed man’ gave a very subtle reaction to that, saying that he got what he deserved, while claiming that he has started liking the lady even more, for her honest attitude.

After a cocktail party with all the women, Brad Womack eliminated ten of them on the premiere night. He gave the ‘first impression’ rose to 26 year old Ashley S, who said that she has no issues with his past and would love to know him better. “The Bachelor” said that she is a “genuinely sweet girl”.

LOS ANGELES - Ryan Reynolds, the 34-year-old Canadian star of "The Proposal" and other mainstream hi...
Copyright© 2011 The Gaea Times