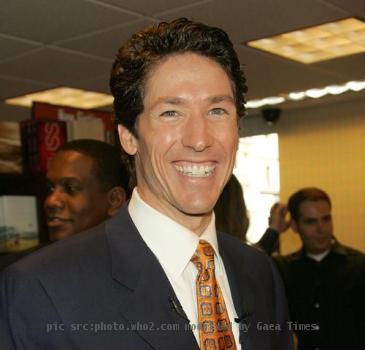 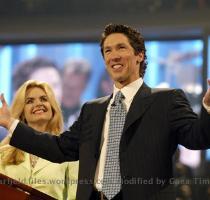 LOS ANGELES (GaeaTimes)- Joel Osteen kicked up quite a storm in his recent interview in the popular talk show ‘Piers Morgan Tonight’. The pastor of the Houston Texas Megachurch commented that he feels that homosexuality to be a sin, and, when pointed out by the host that the interview might be watched by celebrated singer Sir Elton John, who is also a declared homosexual, did not refrain from saying that he is surely a sinner. When the host proceeded to ask him as to why he holds this view, Joel Osteen was quick to clarify by saying that it is not really his personal view; he just goes by what has been mentioned in the Scriptures.

The megachurch pastor commented that neither he nor anybody else has the right to interpret the Scriptures according to his or her own will, and that no one can choose to go by only what is convenient in the Scriptures. Although he did not say so expressly, Joel Osteen’s comments left little to the imagination, and it was pretty obvious that he meant to say that homosexuality has been condemned by the holy texts.

Joel Osteen has been known to generally refrain from the topic of sin so far, which became all the more reason for the audience to be shocked. In fact, the pastor admitted that he is not really comfortable with the topic, since this is the first time that he is broaching it at all. However, he also went on to say that despite all the views he has presented in the show, he does not really take the liberty to judge what is morally correct or incorrect, which admittedly is not in his discretion.

Antimatter atoms trapped and stored for the first time

LONDON - An international team of scientists working at CERN, the European Organization for Nuclear ...

LONDON - Manchester United's American owners have revealed that they will pay off their high interes...

Unmanned aircraft to look for life on Mars

WASHINGTON - A scientist has proposed the use of an unmanned aircraft to Mars to tap into an unknown...

PHOENIX (GaeaTimes.com)- The weekend has been a bittersweet one for Steve Nash's family ...

Brain chemical that regulates mood may have anti-diabetic properties