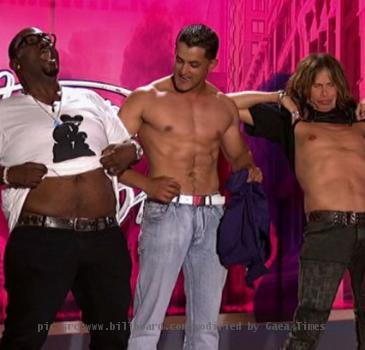 LOS ANGELES (GaeaTimes.com)- The “American Idol” Season 10 premiere was viewed by more then 26.1 million viewers, and sources say that most of them were glued to the television because they wanted to see Steven Tyler, the front man of Aerosmith as the new dbutante judge of the show. A famous Washington based daily newspaper said that Steven Tyler was one of the best things that has happened to the show. He reinstated the notion “let’s-not-take-ourselves-too-seriously” amidst the seriousness of the competition.

Steven Tyler of Aerosmith, has already been regarded as the new favorite judge of the most renowned musical reality show. Steven Tyler was in the full spirit grooving, screaming and jumping with some of the contestants, who according to him performed well. On the other hand, although he was not harsh, he skillfully rejected those contestants who did not appeal much to him. However, many sources say that his polite way rather made many people miss Simon Cowell on the show. His harsh and strict comments were at-times interesting to watch. While taking the first audition in New Orleans, Steven Tyler and Randy Jackson, acted in the weirdest way possible. The two lifted up their shirts, when Jovany Barreto, a 23 year old contestant decided to unbutton his own shirt after singing Contigo En La Distancia. The well toned abs of the Aerosmith front-man came as a visual treat to many of his fans.

Nigel Lythgoe, the executive producer of “American Idol” Season 10 said that Steven Tyler will be on a “tape delay” when the show would go live. However, his unique judgment style and showmanship deserves a recap. The rock star reportedly parted with Aerosmith in 2009, but he said that the entire group will reunite this month in Los Angeles, and apparently, they will come together once again. He recently launched his own website recently.

Smith 'quite surprised' at dumping of Hauritz for Ashes opener

SYDNEY - Australian all-rounder Steven Smith has said that he is "quite surprised" at the dumping of...