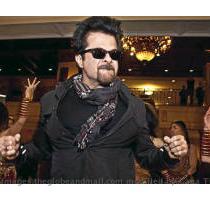 MUMBAI, INDIA (GaeaTimes.com)- Come June 2011 Bollywood is all set to rock Toronto! The International Indian Film Academy Awards (IIFA) for the first time will be held in a North-American city. The prestigious awards that is better known as the Oscars of Bollywood will be rocking the largest city of Canada will all its glitz and glamor. Never before has been the prestigious award ceremony been conducted in any part of the North American continent.

IIFA Awards have mostly been conducted in South East Asian nations, European cities and at times in South African cities. At the official launch of the 12th IIFA Awards 2011 announcement ceremony Bollywood stars Anil Kapoor and Preity Zinta confirmed the news. An elated Anil Kapoor said that this time Bollywood will be all set to rock Toronto. No wonder Canadians will be see the magic of Bollywood that will outshine the city from June 23rd to 25th. The news perhaps has brought the maximum enthusiasm for all the Indians settled in Canada who have a high chance to catch a glimpse of their favorite Bollywood stars who will be coming to Toronto for the awards.

Preity Zinta with her dimpled smile gushed as she proudly declared that the IIFA Awards 2011 is not just an award ceremony, instead it a great opportunity to showcase a slice of India to the world. It will undoubtedly a big platform to exchange cultural views and traditions. Summer in Toronto will witness the Bollywood extravaganza as the awards will witness the presence of the entire film fraternity. This time, however, Amitabh Bachchan will not the official brand ambassador of the IIFA Awards but that does not mean that fans will not get to see the Bollywood icon at the international event.

NEW DELHI - After pretending to be a gay in "Dostana" and playing an outlaw in "Raavan", Abhishe...
Copyright© 2011 The Gaea Times