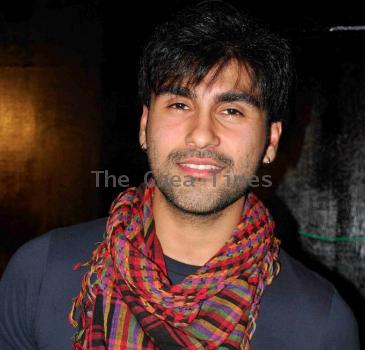 September 23, 2010 (Sampurn Wire): Bollywood actor Arya Babbar, son of veteran actor Raj Babbar, is now showing another talented side of him. On Wednesday, the actor has released his first graphic comic book titled ‘Pushpak Viman’, which is a contemporary take on Hindu mythology.

Arya, who debuted in Bollywood with the movie Ab Ke Baras in 2002 with another debutant actress Amrita Rao, was first recognized for his performance in Aishwarya and Abhishek Bachchan starrer movie Guru. His powerful performance in Madhur Bhandarkar’s Jail earned him a nomination at the IIFA awards 2010. Now, the actor is also acting in Akshay Kumar’s movie Tees Maar Khan.

The actor started acting at a very small age but could not make a very good place in the industry. This might have encouraged him try his hand into writing.

During the launch of his comic book at the Oxford Book Store, Arya was quoted saying that he loves to write a lot and it works as a stress buster to him. He said that he is a great fan of the mythological stories and had been working on his book since last three-and-a-half or four years.

The actor further said that ‘Pushpak Viman’ has been a main link between the two biggest Indian mythological epics ‘Ramayana’ and ‘Mahabharata’.

Arya Babbar informed that he had done a lot of research work to put the facts right in his book. He added that it is unknown to many people that Yudhisthira went to heaven on the ‘Pushpak Viman’, which was used by Ravana to abduct Sita.

Vimanika Comics has published this book, which tells the story of five youngsters, who are on an archaeological expedition and their discovery of the ‘Pushpak Viman’.

Arya said that he had shown his story to renowned filmmaker Shekhar Kapur, who was very happy with it and encouraged him to go ahead.

NEW DELHI - Products made by Tihar jail inmates are attracting visitors in the ongoing India Interna...

LUCKNOW - In one of the biggest hauls of blue films and pirated CDs and DVDs in the country, police ...

PATNA - Polling for the fifth phase of Bihar Assembly elections began on Tuesday morning amidst unpr...

HYDERABAD (GaeaTimes.com) -- Arya star Allu Arjun is on the headline today. Not for the release ...

HALDWANI - The Conservator of Forests in Uttarakhand's Haldwani division has 'recruited' an Afri...

RANIKHET - Demonstrating their resolve to fight against terrorism and to boost bilateral defence ...
Copyright© 2010 The Gaea Times